I’ve been meaning to write this post for awhile, but you know how good I am about blogging lately.  Sorry for sucking.  Please enjoy the dysfunction below.

Labor Day weekend marked my brother-in-law’s 40th birthday.  Well, September 1, which happened to be Labor Day weekend marked his birthday, but whatever.  You know what I mean.  And listen, 40 is a big deal.  I mean that’s what I hear anyway.  It’s definitely reason for celebration, and even though Heath doesn’t necessarily like people or celebrations, we said screw you we’re doing it anyway.  What, we’ll find any excuse for having a party.  That and to eat way too much food.

I’ve mentioned the HOA before.  Here and here.  You’ve probably noticed that the HOA usually means the dysfunction gets amped up and weird shit happens.  This HOA trip was no different.  Things got started early, and when I say early I mean lunch time.  And when I say “things,” I mean shots.  While we enjoyed the carcass Armando (yell this name when you say it – Arrrrrrmaaaaaandooooo! – that’s how Rob would like you to do it) had grilled up (at least 5 carcasses, I’m sure), shots started being poured.  Now some people are used to downing the shots, but some of us are lightweights.  Like me.  Listen, I drink a glass of wine once or twice a week at the most.  Occasionally I have a couple of glasses of wine, but any more than that and I am like Ms. Chatty Cathy and things start to get a wee bit blurry.  Sometimes, I have shots.  Usually with my family, which is weird, but whatever.

Anyway, Heath was peer-pressuring all of us into drinking shot after shot, and hello, it was his birthday, so what choice did we have?  None.  After about the fourth or fifth one I told him we needed to pace ourselves.  Heath agreed and said we should do a shot every hour.  However, after 15 minutes had passed he asked if it was time yet.  Obviously it wasn’t, but he decided it had been long enough.  Naturally things took a turn.

The music started playing, people started dancing.  No harm here, right?  Wrong.  Some people’s dance moves would be considered borderline dirty dancing.  Again, maybe fine.  However, when your children and nieces and nephews are witness to your dirty dancing moves, not so good.  Wait, let me back up though.  Before the music started the large group tried engaging in conversation.  Engaging in conversation with most of these people even without alcohol is bound to be less than clean.  Engage in conversation with alcohol and things like this get said.

Sherri:  “Janis was the only responsible one last night.  Her husband almost got laid by Becky.”

What?!  Sorry Janis, I know I said I would make you look good, but you can’t expect me to leave quotes like this out.

Sadly the night ended with an accident on a four wheeler (no one was seriously injured) and everyone sobered up real quick.  As bad as this all sounds though, I’ve never seen Heath have a bigger grin on his face.  That, to me, is a successful 40th birthday bash. 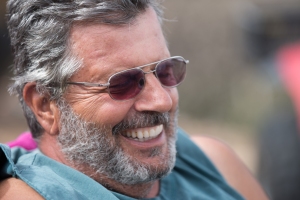 Debbie pre-wreck on the ATV.

Janis grinning up a storm.

My sister, Jess, mortified at the things being said. 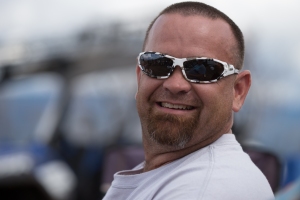 Look at that grin on Heath! The one and only Stevie Ann.