Over the summer Rob and I noticed a sign posted to a street pole in an adjacent neighborhood about a missing bird.  The reaction we both had was nothing like the reaction we have when we see a sign for a missing dog.  A missing dog is sad.  A missing bird is… weird.  So many questions come to mind when I try to figure out the logistics of finding and returning a missing bird.  First, there are so many birds flying around.  Flying, I believe, is the key word here.  If the bird had their wings clipped, I’m pretty sure it wouldn’t be missing.  So I’m assuming it can fly.  Which means you’re not going to get a good look most of the time.  So you might be thinking, hey, that bird kind of looked like the bird from the poster.  But what if it was the bird from the poster?  Are you supposed to try to capture it?  Do you know how mean birds are?  I swear to God, I would rather be in a cage with a tiger than some batt shit crazy bird.  Those bastards are not nice and will not think twice about pecking your eyes out.

Anyway, the point is you can’t really capture it, right?  So should you call the number on the poster and be like, “Hi, I think maybe I saw your bird in my backyard.  Yeah, but then it flew away.”  These are legitimate questions, people.

The really bizarre thing is that I saw another poster just yesterday for a missing parrot.  What is going on?  Why is everyone’s bird trying to get the hell out of dodge?  Oh, that’s right, because they’re tired of being kept in a cage!  There’s a good chance word has gotten out to these birds that there are worms all over outside!  Worms!  Oh, and people have fruit trees you can hang out on all day long while you taunt their cats.  Let me see… cage or freedom and worms?

I love these guys.  It’s as simple as that.  They are two of my favorite people (ok, one is a dog) to spend time with.  They both do things that are incredibly annoying and frustrating, but I suppose they would say the same about me.  The two of them are going to be spending a lot of time together (“bachelors,” as Rob told Jack this morning) when I’m on the road.  I just hope Jack keeps his partying ways in check.

We’re experiencing some stressful stuff with our little Jack.  He has proven to us that he has some real fear aggression issues, and although I know we’re going to do everything we can (with the assistance of a trainer), it’s really hard for me.  Today I got to my sister’s house and immediately broke into tears.  She’s the best sister in the world, so she let me cry as much as I wanted.  Stevie on the other hand told me, “Stop crying Aunt Sonie, it’s annoying.”  She’s not much of a comforter.  She did give me a couple of hugs afterwards, but I’m pretty sure she had an ulterior motive.

It might sound ridiculous to be so emotional, and I know that for the sake of Jack, I need to keep it together.  I love this dog so much though, and I worry.  I worry about the future for him and us as a family, I worry for other people that make him nervous and I worry that I might not be the right person for such a nervous dog.

I welcome all comforting thoughts and comments.  I need them.  Jack needs them too.

Yesterday I stopped off at Calling All Dogs to pick up a couple of chew toys and bones for Jack.  He’s pretty much chewed the shit out of his stuffed bird and doesn’t seem to care for the bones we got him, so I thought I’d try some new stuff.  This is the same place that we take Jack for his obedience school, so I really think they know what they’re talking about.  One of our trainers came over when I was shopping and asked if I’d ever given Jack a bully stick.  I haven’t.  They were in the jars on the tables with all the other bones, so I assumed, naturally, that they were also bones. The lady was like, “If you care about the smell, you can get one of the non-odor ones.”  I assumed (lots of assuming going on) that they would just smell like bones and I don’t really mind that smell, so I was like, “No, I don’t care about the smell.” Plus, I didn’t take the time to sniff it before I put it in the bag.

Today I thought I’d give it to Jack.  So, I pulled it out of the bag and realized the smell was kind of god awful.  Still though, I thought if he likes it, it’s OK.  After he’s nibbled on it for awhile, I’ll put it away.  I’m a curious one, so while he was chewing on it I googled, “bully sticks.”  Everything was positive and said how good they are for the dog, all natural, last a long time.  And then I saw what they actually are. Holy shit, I was not prepared for this!  Are you ready?  They are, in fact, not bones. Nope. They are…. BULL PENISES!  OH MY GOD!  Why is my cute, sweet, innocent dog chewing and licking a bull penis?  Can someone please explain to me why this has happened?  The worst part is that every time I smell it, I think of a bull penis. And when I went to put it away… Yep, bull penis.

I really don’t even want to know how these “sticks” came to be.  If they are indeed good for him, I will let him do what he wishes with the stick.  I’m disturbed though. Very, very disturbed.

I pictured myself having all kinds of time to dedicate to this blog when I left my “regular” job over a month ago.  My vision was obviously way off, but I am committed to getting back on the blogging bandwagon.  Aren’t you stoked?!  Today’s blog is my first step.

Of course, my top priority is my family.  I spent a week in Chicago with my niece, Stevie, trying to find some answers.  Unfortunately her health took a nosedive on the trip and she ended up spending an additional week in the PICU.  If you pray, pray for her and her family.  If you “think” about people and keep them in your thoughts, keep Stevie top of mind.  She needs all the good energy you can muster.

Rob and I also have a new baby at our house.  Ok, not a real baby.  We got a dog! His name is Jack, and I seriously love him like a ridiculous amount.  I loved him this much right out of the gate.  How could I not?  Look how cute he is! The bad news is that the cat doesn’t feel the same way. We’re trying, but as of right now, they have to be separated.  And sadly, Jack doesn’t dare go downstairs and the cat doesn’t dare come upstairs.  I hope that they can, at the very least, be indifferent towards each other.  How else are we supposed to enjoy the holidays together as a family?

Oh, and speaking of the holidays, a celebration with friends the other night was off the hook!  (Am I jumping from subject to subject?  It happens when you blog once a month).  The kids were all serious at the restaurant table while the adults decided to give planking a try.  And I’m not talking just regular ol’ planking.  I’m talking taking planking to a new level.  As in we stacked people on top of other people.  See for yourself below.  We do this Christmas dinner once a year, but I have to say that this year was absolutely positively the best yet.  I guess that can happen when you get a bunch of really good, really fun people together. 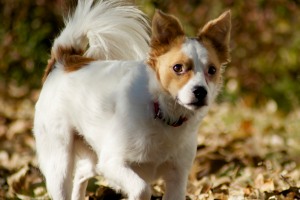